One of the fastest selling automobiles in Colorado is saluting Colorado in appreciation.

It’s a genuine “first” in American auto sales.
The Mustangs – manufactured as a special project in Ford´s California plant – will arrive over the weekend aboard a special 23 – car freight train. 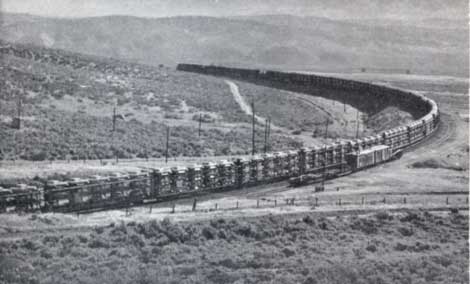 They´ll be in all models, from two-door to fastback, and they´ll be very special.  They will be the only Mustangs with the “High Country” insignia and the “very special colors,” chosen at the San Jose, Calif. assembly plant by Denver dealers.

The 350 special Mustangs arriving in Denver for area wide distribution will – in addition to the “High Country” insignia – sport paint in “aspen gold”, or “columbine blue” or “timberline green.”

It’s an extra gesture to an area which has welcomed the Mustang with checkbooks.  Ford officials say this may “never happen again”, and they attribute the idea to Newell.

“This is a new concept in merchandising,” said a Kansas City Ford Public relations executive.  “It just might be terrific.”