ABOUT one-half of the 27 triple decked auto rack cars, each loaded with 15 Ford Mustangs for Ford dealers in the Denver intermountain area, are shown on this month’s cover and in the picture at the top of this page. 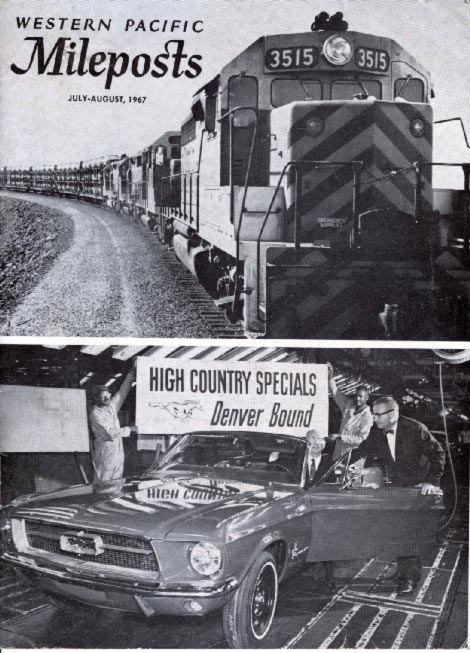 The popular Mustangs left Ford’s assembly plant in Milpitas on July 7 for a big Ford publicity and sales promotion campaign in Denver. Colorado.

Behind these 27 cars were another 12 triple-decked auto rack cars loaded with Mustangs and Ford trucks for miscellaneous destinations other than Denver.